Time to get down and dirty with the DBC 11617, cooling fan control relay. I have two of them, one installed on the motor which is playing up a bit and not switching off the fans for quite some time after switching off the engine, and another spare that I picked up along the way. I took the spare and opened it up ready for testing, as you can see from the photos there are two relays piggy back mounted. The smaller one at the top operates the right fan motor and energizes at 85 Deg Celsius and de-energizes with a lower temperature of 78 Deg Celsius. The larger relay is energized should the temperature rise to 100 Deg Celsius and the left fan will kick in. On cooling to 90 Deg Celsius the left fan will stop and on cooling even further to 78 Deg Celsius the right fan will also stop. That’s the theory anyway, on close inspection the mechanical construction leaves a lot to be desired, the smaller relay is OK and functions as it should, but the larger one seems to be a bit slow and the action does not have the “snap” of a normal run of the mill relay. I cleaned up quite a few dry looking joints, but this did not help in any way. My relay had suffered from water ingress and quite a lot of oxidization was to be seen inside. I attempted a clean up but the relay coil still refused to snap as it should and I cannot trust it at all. Nothing against Hungary, they make excellent goulash, but their relays are a wee bit tatty.
There is a simple work around for this using two separate modern sealed relays and, as the original DBC 11617 is no longer available, maybe it is time to think about implementing this. 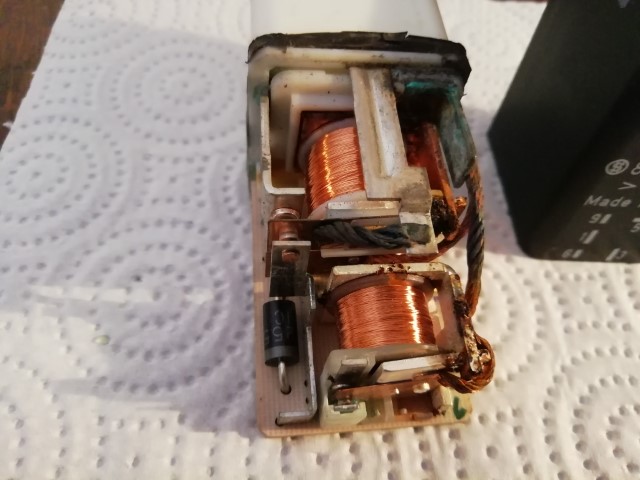 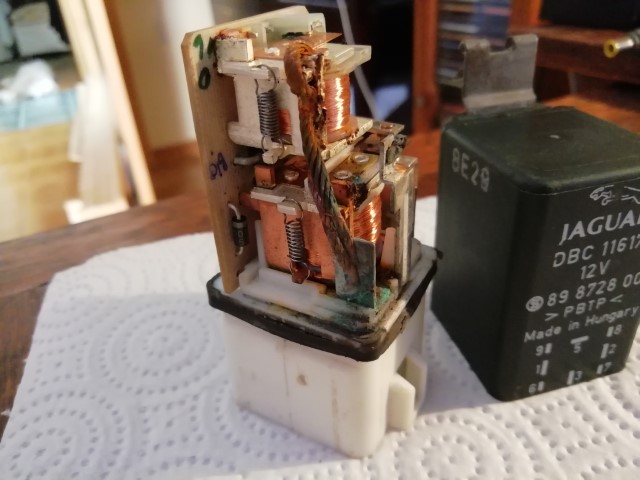 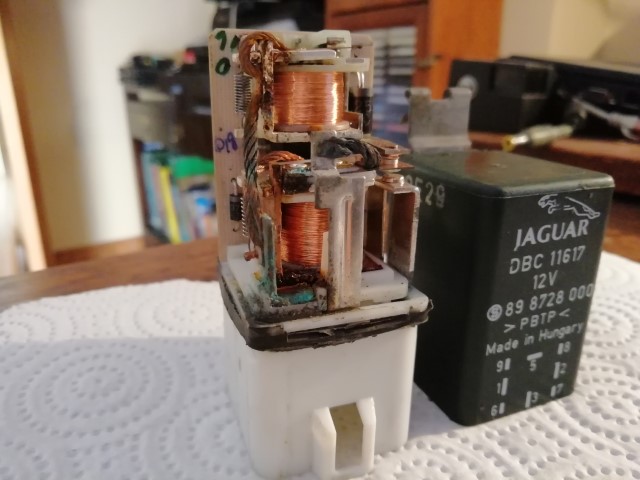 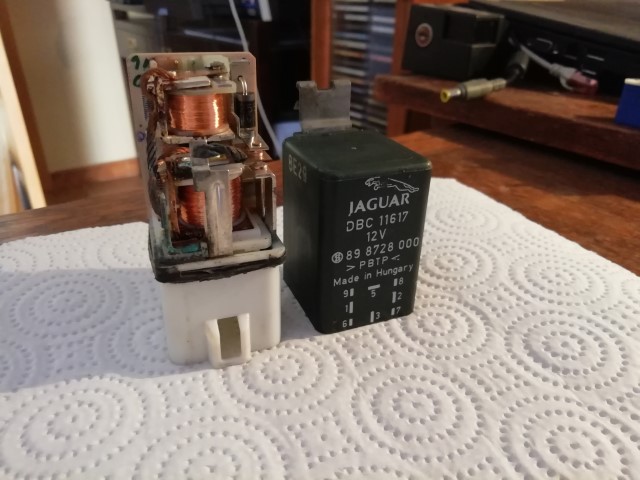 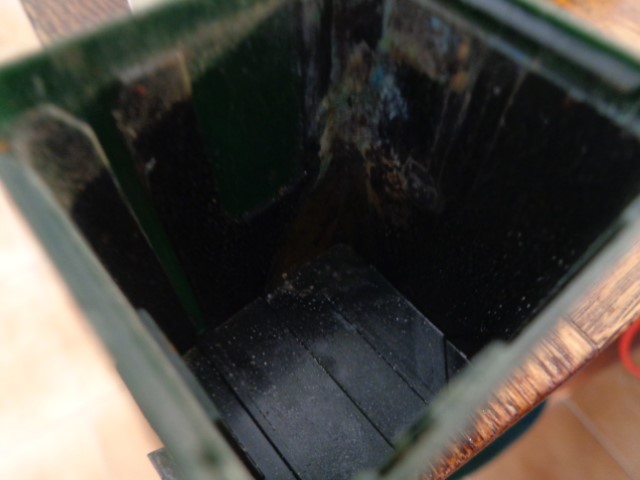 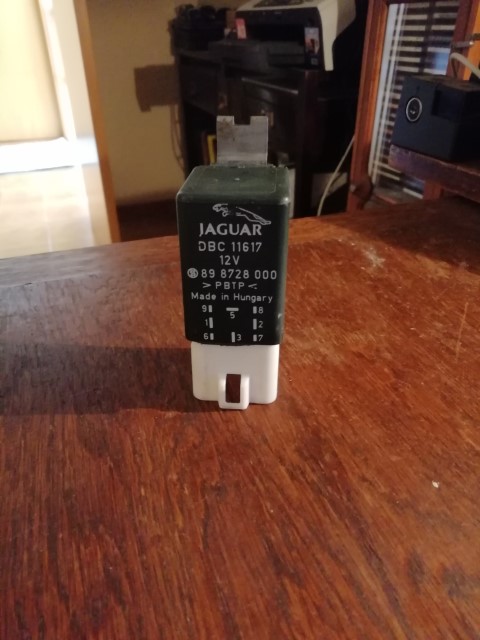 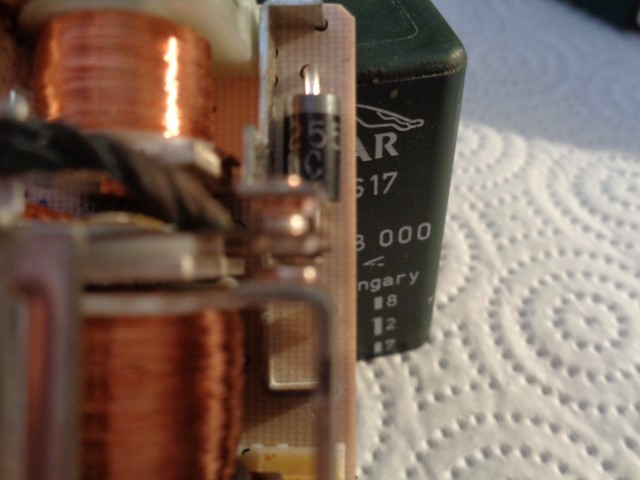 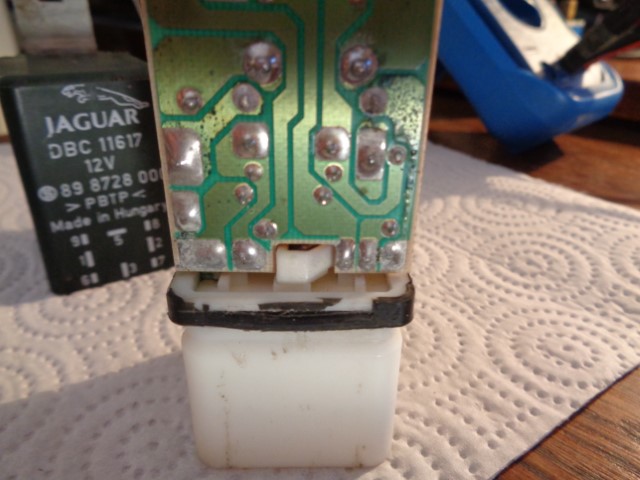 On a re-read of this I realise I should have mentioned that the failure of this relay is not due to dirty / sticky contacts or dry joints on the PCB, all of which could be quite easily fixed, but mainly due to metal fatigue in the relay coil energisation itself and that can only be described as a lack of snap. This would account for the majority of failures being encountered as both fail on and fail off. The ease of ingress of moisture and its own precariously low down mounted position do not extend its active life either.

FYI LNA6702AA/AB from the X300 is identical except for having a different mounting clip. Its still available but the price is a bit eye watering.

Watching how you go with interest.

Rok_Dr wrote:FYI LNA6702AA/AB from the X300 is identical except for having a different mounting clip. Its still available but the price is a bit eye watering.

Watching how you go with interest.

Good spot Steve, but as you say the price is a bit over the top. As for repair, I have given up on my spare, it is just too far gone. Most I could do would be to de-solder the individual components and store those for eventual recycle.
There must be some other relay set-up used by other car makes / models that could possibly be used in place of the DBC 11617 and may be cheaper too.